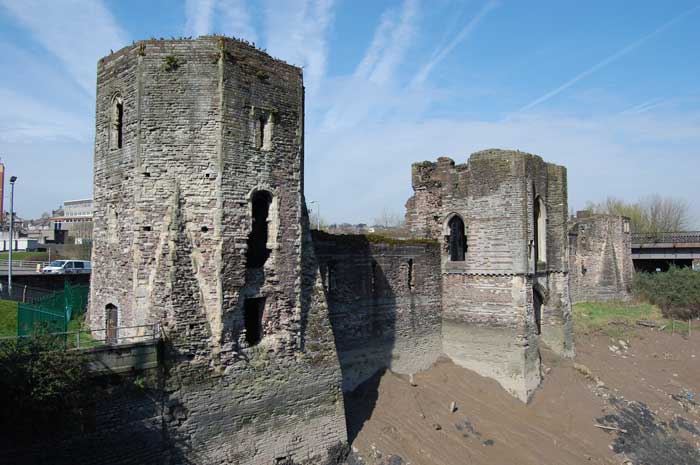 The minutes of the Monmouthshire Canal Company can sometimes be frustrating, while they do indeed provide a great wealth of information about the canal during its early years, they do not always provide the answers that you want.

One such question is where was the stone for the Cefn Flight of Locks sourced? No definitive answer to this question has yet been established. Moreover, as a result of the recent restoration work the question has expanded –

What do we know? Locks 20 – 17 have been constructed with a variety of types of stone and a variety of finishes, including large amounts of old red sandstone, which tends to suggest that the stone originated from a variety of sources.

The minutes of the Canal Company seem to show that the contractor was responsible for obtaining the stone for the locks and that there were complaints about how it was done.

“Walter Waters having offered to build the 15 locks as marked out intended to be erected between Kevan and Altereen Farm on the Crumlin Line on the terms following -For raising Stone, halling and setting the Masonwork at the rate of Seven Shillings per Perch of 36 cubic feet.Raising, halling and setting the Trunks stones at Four Shillings per yard superficial measure.Finding and hauling the stones and sheeting the bottom of the Locks at Three Shillings per superficial yard.Cutting the several Lock pits at Five Pence per cube yard and backing the said 15 locks at £10 each.The Company only to find Lime, Sand, Barrows, Planks and Water in the Canal close to the Upper Lock.”

“Ordered that Mr Henry Phillips do value the trespass committed on John William John’s Land on Crumlin Line in digging Stone for lock building and that Morgan Parry do enquire of Walter Walters respecting his disposing of tile stone from said premises.”

Curiously enough there might just be a link with Newport Castle. Robert Trett, former Museum Officer for Newport Museum and Art Gallery writes on the web site Newport Past about how the construction of the Monmouthshire Canal affected Newport Castle.

“‘It is known that the west side of the moat of the castle and some nearby properties were destroyed during the building of the Monmouthshire Canal in 1792.”

The old red sandstone used to construct the locks is remarkably similar to that of Newport Castle and if castle walls were demolished when the canal was constructed it would seem likely that they would have been used again. This being said, old red sandstone quarries were quite numerous in the area, so it would need the discovery of stones that could be traced back to the castle to be quite certain. For example, the discovery of a stone with an architectural detail or medieval mason’s mark. While some interesting stones have been identified, no definitive stones have been discovered yet.

The mason’s mark shown here is thought to be consistent with the construction of the locks and was likely to have identified a particular stone mason for the purposes of payment. The rectangular cut in the block of old red sandstone is also intriguing – could it have been part of a medieval window? As you can see it is very easy to get carried away!

To make matters more confusing the minutes of The Monmouthshire Canal Company show the purchase of a considerable amount of stone in 1801.

Proceedings at the Hundred and Thirty Eighth Meeting of the Committee of the Company of Proprietors of the Monmouthshire Canal Navigation held at the Westgate House Inn in Newport a Monday the 19th day of October 1801 pursuant to Adjournment.

“Ordered that Mr Jones of Llanarth be paid for the Stones taken from to Tynycum Quarry for 3185 tons at 3d per Ton.”

In 1802 the Canal Company endeavoured to pay for stone used.

Proceedings at the Hundred and Fifty Fourth Meeting of the Committee of the Company of Proprietors of the Monmouthshire Canal Navigation held over Navigation Office in Newport on Tuesday the 1st day of February 1803 pursuant to Adjournment.

“Ordered that Mr Rudder and Mr Hodgkinson be requested to wait on Mr Phillips of Risca to endeavour to settle with him about the Stones taken from his Quarry.”

Perhaps the answer is that some of the stone was recycled and some of it purchased; more evidence will be needed to have a more definitive view.

For more information about Newport’s history go to the Newport Past web site.